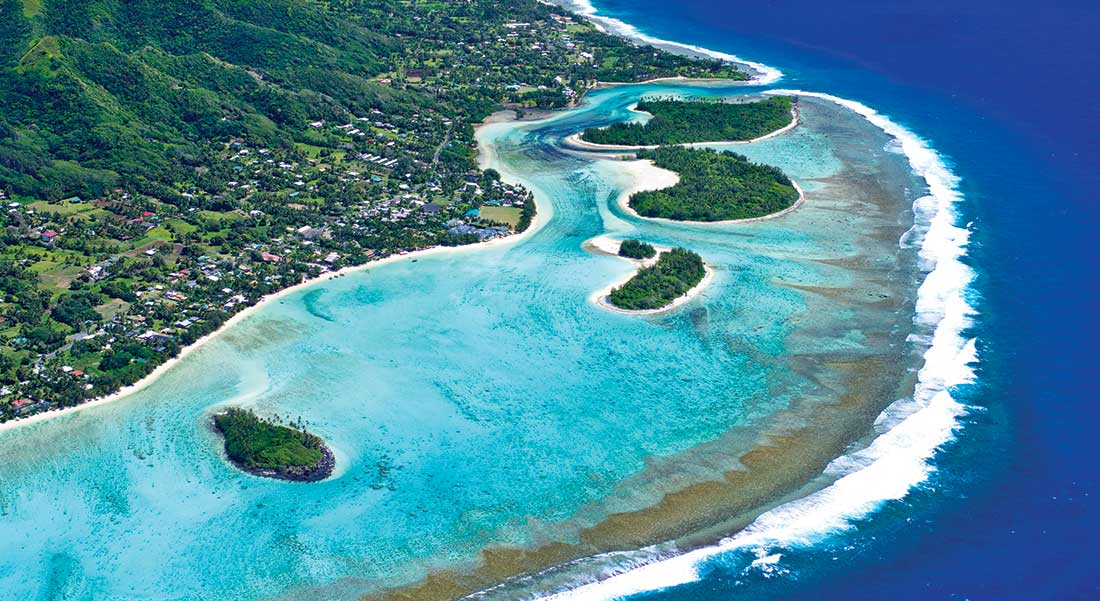 Avana, the Passage of Traditional Navigators

Avana was once named Te Avatapu-ki-Avaiki (the Sacred Passage to Avaiki, the ancestral homeland of the Polynesian people). There is a sense of realization when you stand on the shoreline looking into the mouth of the passage because it appears as though the sea has disappeared into the horizon and onto Avaiki, hence its name.

Avana Passage is on the eastern coast of the island of Rarotonga in the Cook Islands. The passage meanders through the Avana shoreline, making its way to the scenic Muri Beach, where the islets Motutapu, Oneroa, Koromiri, and Taakoka protect Ngatangiia Village from strong and gusty easterly winds.

The Avana site highlights the outstanding ability of ancient Polynesian navigators to sail long distances across Te Moana Nui a Kiva (the Wide Ocean of Kiva) using traditional navigation systems. The knowledge and skill of navigation possessed by the Polynesians far exceeded those of Western nations at the time. It is believed that as many as a hundred voyages to Aotearoa (New Zealand) were made by vaka (traditional double-hull canoes) from this site. There are even accounts of voyages made from French Polynesia and the Marquesas to Avana before continuing on to Aotearoa.

Traditions tell of seven vaka that left Avana Passage in 1250 CE and sailed 1,700 miles due southwest to Aotearoa. Each hundred-meter-long vaka was able to carry over fifty men and women as well as supplies to sustain them during their long voyage. They used traditional methods of navigation to set their course, such as following the rising and setting points of the sun and using the position of strategic stars. The navigators studied changing wave patterns and the flight path of migratory birds to enable them to reach their destination. Some vaka remained in Aotearoa; others made return voyages back to Rarotonga, and some even travelled back to the islands French Polynesia.

The amazing accomplishments of the Polynesian navigators were recollected in songs and chants that passed through the generations. The stories of Kupe and Hiro were retold to the young. Accounts of the vaka’s of Ngapuariki, Takitumu, and Tainui (to name a few) voyaging to Aotearoa were reminisced in song, and they continue to this day.

Unfortunately, the knowledge of traditional navigation did not survive Western education and culture. It was eventually forgotten.

Many voyages throughout the islands of Polynesia followed as a result of the rediscovered knowledge. The navigators retraced and relived some of the routes taken by their ancestors. Some of the voyages even ventured to countries on the Pacific Rim, such as the United States. Today, many proud Cook Islanders have become possessors of this traditional knowledge and continue to sail to Aotearoa and the four corners of the Pacific in large double-hull canoes.

Vaka of Rarotonga arrive in Aitutaki

The Avana Passage therefore reminds Cook Islanders of the great achievement of their ancestors that left the shores of Rarotonga and voyaged the expanse of the Wide Ocean of Kiva. The people of Ngatangiia Village are the descendants of the Polynesian navigators that remained behind to care for the land and the site. The tribes of Aotearoa are descendants of Polynesian navigators that left to find their new Avaiki. Each year, groups from the various Aotearoa tribes pilgrimage to the Avana site to pay homage to their ancestors for their remarkable feat.

The significance of the Avana site to Cook Islanders and descendants of those navigators that now live on distant shores is indisputable. The site is a memorial of the ocean voyaging people that once inhabited the islands of Polynesia.