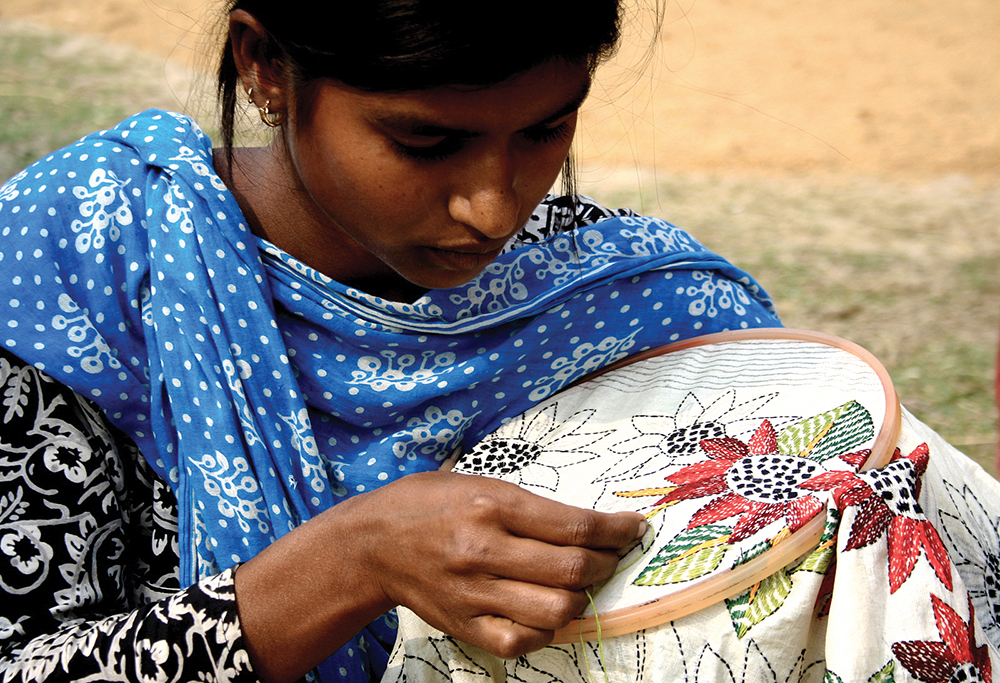 Can ICH Safeguarding Contribute to the New 2030 SDGs? A Case Study from West Bengal, India

In September 2015, the General Assembly of the United Nations adopted the 2030 Agenda for Sustainable Development with its ambitious and far-reaching 17 Goals and 169 targets with an endeavor to build on the earlier Millennium Development Goals and complete what the MDGs did not achieve. The focus of the 2030 Agenda remains ensuring peoples’ well-being and dignity, fostering common prosperity, protecting the planet, and building peace, and these through mobilizing global partnerships.

In this new Agenda, cultural heritage protection, however, occupies a rather timid position, appearing merely as one of the targets under Goal 11—Make cities and human settlements inclusive, safe, resilient and sustainable—and this too, only in terms of “strengthen[ing] efforts to protect and safeguard the world’s cultural and natural heritage,” with clear bias towards heritage sites, and somewhat none of the targets of Goal 4—Ensure inclusive and equitable quality education and promote lifelong learning opportunities for all—in terms of the need to impart the “appreciation of cultural diversity and culture’s contribution to sustainable development” in addition to other topics such as sustainable lifestyles, human rights, and gender equality.

This proves that, despite UNESCO’s continuous advocacy since the 1980s, global leaders and international bodies have yet to acknowledge the potential of the cultural heritage sector to meet sustainable development goals. In particular, the absence of reference to intangible cultural heritage (ICH) in the targets of the 2030 Agenda is a disappointment to the community of heritage practitioners, who are likely to be marginalized yet once again in this new international discourse on development.

ICH, understood as traditional knowledge and skills inherited from generation to generation, is the expression of peoples’ ingenuity to adopt themselves to their natural and socio-economic environment and is a testament to the people’s survival and development.

So, UNESCO has continuously underlined the importance of safeguarding ICH as a means of sustainable development, especially for livelihood improvement and social inclusion of the communities in need.

Out of the seventeen goals in the 2030 Agenda, and in addition to Goals 4 and 11 mentioned, those in which ICH safeguarding is likely to contribute include

However, it is also true that many governments, especially in South Asia, are yet to fully harness the potential of ICH for a national development agenda. This is probably because in this sub-region, cultural heritage in general is still largely understood as something to be studied and admired for consumption of academics and elites, mainly to exhort the national identity, but rarely as a productive sector with a group of people with distinctive skills and knowledge. That the national schemes for culture and heritage in most of the countries mainly consist of subsidies for research, documentation, publication, or exhibition corroborates this observation.

As the international community embarks on implementing the new 2030 Agenda, it is vital for UNESCO and friends of ICH to explicitly elucidate the link between ICH safeguarding exercises with the sustainable development of the communities of ICH bearers and society at large.

It is important for ICH to secure its place in the new UN development discourse primarily because poverty, lack of livelihood opportunities, and low social recognition are the most common reasons for ICH practitioners to abandon their ancestral skills. An ICH safeguarding project is not successful unless it addresses the development needs of its practitioners.

West Bengal is one of the few state governments in India that decided to take a bold step in promoting ICH as a means for rural livelihood development.

In September 2016, the Department of Micro Small and Medium Enterprise & Textile of the government of West Bengal signed with UNESCO New Delhi an INR 95 million (USD 1.6 million) agreement to launch the Rural Craft Hub project, a massive capacity-building initiative of some 3,000 traditional artisans in ten craft traditions across eleven locations to support the continuation of their ancestral knowledge by improving their livelihood.

West Bengal is known as a hot spot of traditional Indian craft. Bengali handicrafts embody the rich heritage of aesthetics and creativity and serve as the economic lifeline of the more vulnerable sections of society, especially women, who account for 50 percent of the artisan population, as well as scheduled castes, tribes, and religious minorities.

Executed through Contact Base over the last two and a half years, the Rural Craft Hub project has exposed artisans to national and international markets and product diversification and provided working capital to artisan cooperatives through the West Bengal Khadi Village and Industry Board. The project has also set up Common Facility Centres as active working spaces for artisans and organized village festivals to bring recognition to the hubs and tap into local customers.

The project is based on the premise that ICH cannot be sustained unless the livelihood of the practitioners is ensured. Increased income leads to self-pride and social inclusion, which in turn encourages ICH bearer communities to continue their practices. This simple and pragmatic formula is derived from Contact Base’s long-term field experience supporting the rural poor and marginalized communities.

When the project started, a baseline study revealed that crafts were largely a secondary or tertiary livelihood for most tradition bearers. The main opportunity for sales was limited to annual handicraft fairs or through intermediaries. Income was low because the products lacked variety and quality. Revitalization and skill development has augmented the products’ value and the practitioners’ repertoire. The craftspeople now enjoy year-round sales, and their average income has increased between USD 500 and 1,000 per person per annum. Women doing kantha embroidery were earning less than USD 10 per month but are now earning USD 100 in women-led micro enterprises. About 60 percent of the craftspeople are women, and the initiative has led to women’s economic empowerment, which has given them a greater say in family and community matters and their improved mobility. Craft community villages are enjoying a new recognition. The communities now have an annual festival celebrating their tradition, and 90 percent of those participating belong to minority and marginalized communities. Recognition of their tradition and skills and economic empowerment has fostered interest in developmental programs and social inclusion. The families appreciate the value of education and are sending children to school (many are first generation school goers). Sanitation has improved remarkably, and the quality of life is better in general. Overall the project has certainly delivered happiness to the communities.

It is time for ICH experts to integrate sustainable development goals into ICH safeguarding exercise so that, fifteen years down the line, culture will finally have its due recognition in international development discourse.