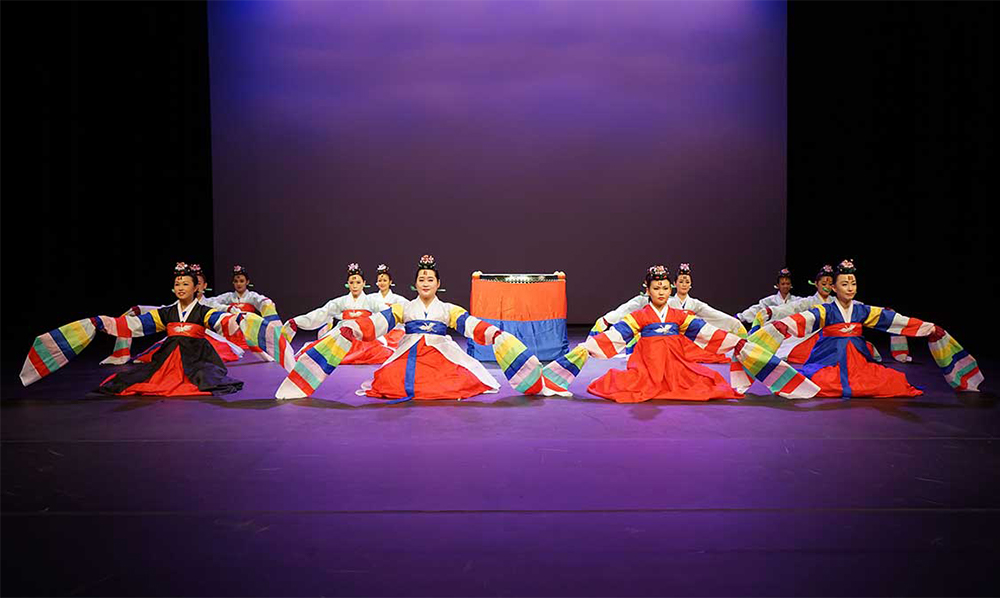 The Koryo Saram1Koryo Saram are ethinc Koreans living in post-Soviet states, espeically in Central Asia. Approximately five hundred thousand Koryo Saram living in the former Soviet Union. living in Uzbekistan are descendants of Koreans who resettled from Primorsky Krai and Khabarovsk Krai in Russia to Central Asia around 1937. However, unlike the majority of Korean diaspora communities that were formed through voluntary migration, the Koryo Saram of Central Asia were forcibly resettled as a consequence of political decisions. And as a result the Koryo Saram who settled in Central Asia faced huge challenges adapting to their new geographical and sociocultural environment, and as ethnic minorities these challenges were intensified. The establishment and growth of the Korean diaspora community of Uzbekistan took place within this context.

Over the past few decades, the Koryo Saram of Uzbekistan have been diligently passing down their intangible cultural heritage with a sense of pride in their culture and with some passive support from the Soviet government. Within this environment of transmission, the Uzbek Koryo Saram established performance troupes in various genres of the arts such as the Koryo Theatre, Gayageum, Cheongchun and Jinju in Ushtobe, Gurlen, and Tashkent. These performance troupes perform plays based on Korean folklore, Korean gayageum music, traditional dance, orchestras, and choir performances. However, the economic instability resulting from the dissolution of the Soviet Union in 1991 greatly changed the transmission environment among the Uzbek Koryo Saram communities. A key example of the consequences resulting from the changed environment is the disbanding of the Kkotbonguri Dance Troupe, a Koryo Saram dance troupe in Uzbekistan.

These Koryo Saram dance troupes perform at various events, including the traditional Koryo Saram festivals of Chuseok (a harvest holiday) and Seolnal (Lunar New Year), and thus play a central role in the continued transmission of intangible cultural heritage. The dance troupes also perform at events alongside various other ethnic groups, promoting the Koryo Saram community’s place within Uzbek society as an ethnic group with a unique and honorable heritage, living harmoniously with its neighbors.

A montage of Korean dance, featuring seungjeonmu, taepyeongmu, and other dances.

Although two week is a short amount of time to perfect the seungjeonmu, the Koryo Saram participants worked hard during the training program. Upon returning to their homes, the dancers plan to teach the dance to their fellow troupe members and perform for audiences of both Koryo Saram and other ethnic groups in Uzbekistan.

Young Uzbek Koryo Saram have been migrating to other countries, such as Korea and Russia, in search of economic opportunities. As this continues across generations, their ethnic identity as Koryo Saram is weakening. So, in this context, the passion that the Koryo Saram dance troupe members show for learning and transmitting Korean dances is a highly interesting. Diana Ko, a fifteen-year-old dancer in the Samjiyeon Dance Troupe participated in the NIHC’s training program this year and said, “When I learn the traditional dances of Korea, I feel a sense of belonging to the Korean community, which I never felt before.

None of the members of the Koryo Saram dance troupes from Uzbekistan can speak Korean. However, they play an important role in their community, strengthening their Korean identity and building a sense of belonging among members, by transmitting the intangible cultural heritage of dance.

In 2018, construction of the House of Koryo Culture and Arts, a hub for Koryo culture and intangible cultural heritage transmission activities, will be completed in Tashkent, Uzbekistan. Let’s look forward to the meaningful activities that will be taking place at the newly constructed facility.