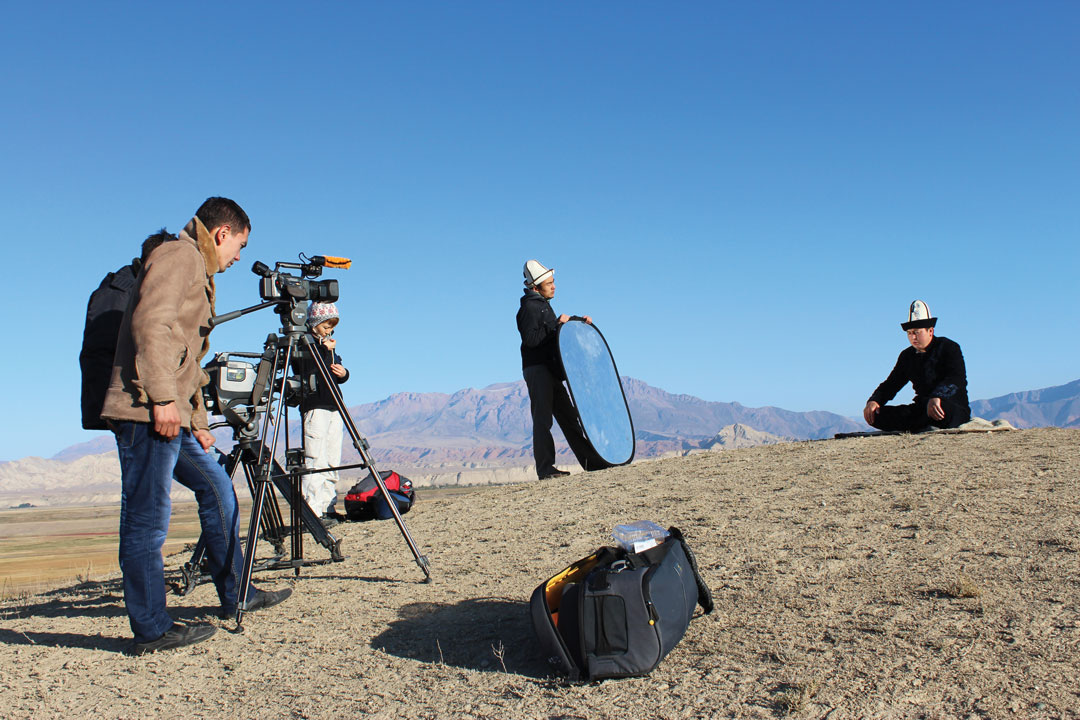 Shooting the Manas epic on location in Kyrgyzstan © Aigine CRC

The Role of the Media in Raising Awareness about ICH

The Asia-Pacific region has been called a treasure house of ICH because of the region’s diverse heritage and rich cultural environment. However, economic and social change in the region has been threatening the survival of ICH. With younger generations abandoning traditional knowledge and ways of life for more modern or western approaches, it has become necessary to rethink the role of the media to promote ICH as a mode of sustainable development. To examine this issue, ICHCAP held the 2016 Sub-regional Meeting for Intangible Cultural Heritage Safeguarding in Northeast Asia in Ulaanbaatar, Mongolia, from 10 to 12 October 2016.

I stressed the relationship between intangible culture and identity as well as common experiences and communities. One example I gave on these relationships was aitysh, which was inscribed on the Representative List of the Intangible Cultural Heritage of Humanity in 2015. Aitysh, a cultural heritage element of Kyrgyzstan and Kazakhstan, is a contest centered on improvised oral poetry spoken or sung to the accompaniment of traditional musical instruments. The performer must have demonstrated musical skills, rhythm, originality, resourcefulness, wisdom, and wit. The most meaningful and witty expressions in aitysh often become popular sayings. Today, aitysh is a very popular cultural component in the multi-ethnic societies of Kyrgyz and Kazakh and constitutes a vital part of the identity of bearer communities. Interestingly, the knowledge and skills older performers teach and transmit to younger generations used to be aired on radio and television, and the audience could indirectly learn and share a common experience.

Through this media experience, people can join imagined communities, which could be as large as the nation. And this idea is related to Benedict Anderson’s observation that a nation is imagined because “the members of even the smallest nation will never know most of their fellow members, meet them, or even hear of them, yet in the minds of each lives the images of their communion” (1983, 5). This process of imagining nations into existence or reproducing their legitimacies have been possible mostly by the use of highly developed communication tools and systems. Broadcasting in contemporary society takes on a significant role of connecting culture and people.

In fact, mass communication and mass media has changed our lives. Due to the digital revolution, we do not feel the gap of time and space. Everywhere is connected by the Internet, and the information and intangible contents accessed through multiple channels dominate our cultural experience, like the global village McLuhan (1962) described. During the middle of the twentieth century, television was the most powerful medium because it was available anytime and everywhere and delivered everything. Television easily dominated social attention and affected society in many ways. Information and knowledge that was once acquired through reading books changed to watching television—television became teacher, entertainer, and important messenger.

In terms of education, knowledge, information, tradition, cultural life, and communication, the media and ICH share a number of commonalities, and they both need a cooperative relationship. When the media operates as a communication tool, it has synergetic effects, as described in the list below.

The addressable objectives of the media and ICH in making a tight cooperative relationship are solidarity, cooperation, and communication. The four key agents involved with ICH—UNESCO, governments, civil society, and communities—should agree and promise to sustain organic solidarity and regular communication via the media. Consequently, I would suggest practical levels that have different strategies to accomplish the objectives. The first involves short-term strategies to build up mutual communication windows is important. At the next level are two sub-goals—special production and programming and digital archiving of ICH. Co-producing the projects and negotiating matters related to potential conflicts, such as copyrights and patents, are also significant goals to move on to the next level, and the key agents should collaborate to achieve this. Finally, constructing permanent organization for regular ICH programs would increase the participation at the individual, group, and community levels as well as an international level. As much as is practically possible, broadcasting programs should be widely distributed because stable distribution and production will influence the long-term production and discovering potential of ICH and help build toward sustainable ICH safeguarding.