Tug-of-war is a game that anyone can enjoy easily, in its simplest form requiring just a rope and some space to play, and it has been widely transmitted all over the world. In particular, in Asia, it has been widely practiced in combination with rituals for prosperity and peace within agricultural communities, and has played an important social role in fostering community cohesion and solidarity. Its significance was recognized by UNESCO in 2015, when ‘Tugging Rituals and Games’ was inscribed on UNESCO’s Representative List of the Intangible Cultural Heritage of Humanity as a multinational heritage of Cambodia, the Philippines, the Republic of Korea and Vietnam. 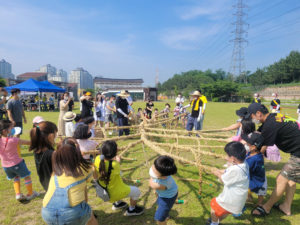 The Gijisi Juldarigi Museum, built and operated by Dangjin-si in Korea, opened in 2011. The museum, dedicated to tug-of-war, not only carries out transmission, education, exhibition, and research on Gijisi juldarigi (tug-of-war), the national intangible heritage of this region, but also conducts various activities with great interest in other tug-of-war traditions in Korea and other countries. The Gijisi Juldarigi Safeguarding Association, the main transmission agent of Gijisi tug-of-war, has moved into the museum and together with the institution makes great efforts in transmission, education, and safeguarding. The museum has organized and took part in exchanges with traditional Japanese tug-of-war and international symposiums, carried out academic research on tug-of-war, and interacted with transmission communities from Vietnam and the Philippines. Furthermore, it endeavored to develop and revitalize traditional tug-of-war, playing a pivot role in establishing the Federation of Traditional Tugging Rituals and Games Transmission Organizations in 2014 for exchange and cooperation between domestic transmission organizations concerned with traditional tug-of-war. These efforts enabled the museum to play an important role in the inscription of tug-of-war on the UNESCO Representative List.
Not only does the Gijisi Juldarigi Museum offer these external activities but also various education services for local residents. Along with the Safeguarding Association, it has been operating education programs for over ten years to introduce and increase understanding of Gijisi tug-of-war. Through visits to local schools and specially organized family days at the museum, local people have enjoyed education on the origin and history of tug-of-war, hands-on rope-making experiences, and, of course, the opportunity to play an actual game of tug-of-war. As the educational value was recognized, since inception, these programs have been implemented with financial support from the Cultural Heritage Administration of Korea. The museum has fulfilled its own role in educating on intangible heritage and satisfying cultural needs in this small city where educational and cultural programs were less prevalent than in bigger localities. 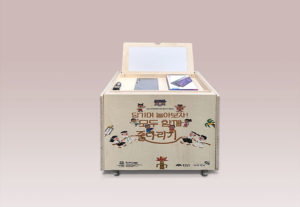 These education programs as a basic form of transmission of education helped to outline the significance of Gijisi tug-of-war and contributed to promoting the understanding of ICH handed down in local communities, fostering a sense of belonging to and pride in the communities and providing new experiences for people in other regions. On the other hand, there were clear limitations in that the programs lacked diversity due to their focus on a single subject; we were concentrating only on promoting the event of Gijisi tug-of-war. Recognizing the improvement of the general understanding of tug-of-war since its inscription on the UNESCO Representative List and the need to educate on the element, we wanted to reflect in education what we have learned and felt through cooperation and communication with other countries and field research in the process of joint inscription.
Tug-of-war is known variously as juldarigi in Korea, kéo co in Vietnam, teanh prot in Cambodia, and punnuk in the Philippines. When it is performed also differs between countries. Tug-of-war contests are usually held on the full moon day of the first or second month in the lunar calendar in Korea, New Year’s Day (April) in the Khmer calendar in Vietnam and Cambodia, and in August during the preparation period for the next farming year after the rice harvest in the Philippines. Even though its names, the forms of the rope, and the time of performance in each country are different, as emphasized in the process of joint inscription, tug-of-war has some commonalities in being practiced as a ritual and game to wish for and promote community solidarity, peace, and prosperity. Its common use as an event at festivals based around rice farming in Asia demonstrates the community culture. On the basis of these commonalities, we recognized the need for education to deliver the clear message that this element coexists with the same value even though its appearance is a little different in each place. We wanted people to recognize that those from other countries are just like them and it is important to respect diverse cultures and their characteristics. It was for this reason we developed a new program.
The Culture-Full Box of Tugging Rituals and Games, jointly developed in 2021 with ICHCAP for the higher grades in elementary school, contains traditional clothes, models, and materials related to tugging rituals and games, activity sheets, tablet computers, and so forth.
The learning contents of the box are intended to enable students to explore various aspects of tug-of-war as ICH and to think about the meaning contained within it—that is, it aims to inform that tug-of-war has been handed down in somewhat different forms in each country, even though it looks similar, and to provoke thoughts about its significance as cultural heritage for community unity and prosperity, not as just a simple competition.
It was possible to approach comprehensively the comparison and examination of various tug-of-war games in different regions through the development of this education program, which gave it a greater meaning than the previous way of delivering relatively fragmentary messages. This program can be evaluated positively in that it makes it possible to talk about the understanding and value of a balanced culture through the approach without subjects and objects.
This program was developed under the cloud of the COVID-19 pandemic in 2020–21, when there were many restrictions on international exchanges and events. So, it has been necessary to keep supplementing and revising the program through its continuous operation. Furthermore, it is necessary to endeavor to make the developed education program more widely known and ensure it is efficiently used through collaboration, distribution, and sharing with domestic and international tug-of-war transmission communities and related educational institutions.
As an intangible heritage-themed museum, it is thought that promoting the element and strengthening the foundation of its transmission are very important roles. However, improving people’s awareness and leading the changes toward a more sustainable society should also be core missions and important goals; this can be helped by connecting the value and meanings of ICH to universal values. Over time, many immigrants from various countries, often moving for work or marriage, have settled in Korea. Of course, even though conditions have improved compared to the past, there still remains a myth and prejudice regarding mono-ethnicity in Korea. We hope that the path to a culturally diverse society can be made a little wider through the Culture-Full Box of Tugging Rituals and Games. n 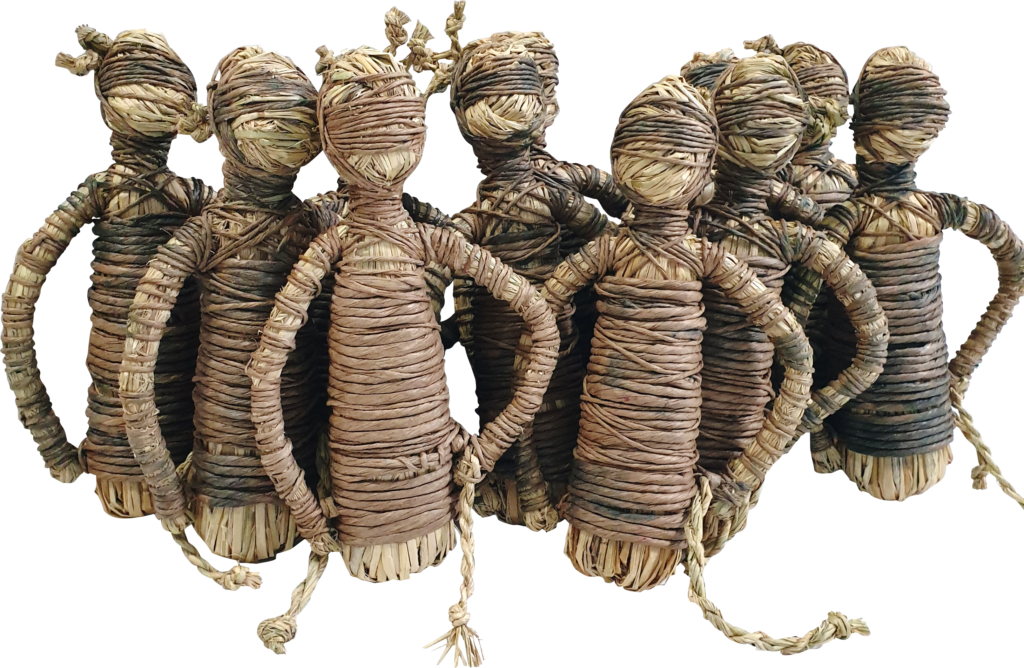