Living with Animals in Harmony

People around the world have a natural fondness for stories. Many cultures use storytelling as a way to pass on information, traditions, and knowledge to the younger generations. Most of these stories are transmitted via word of mouth.
Kathmandu Valley is filled with many stories, which are told in homes, villages, and during rituals. Humans don’t always play a central role in these tales. Many of the animals in the stories are normal animals found in our environment, although some are mythical. Many of these animals are even given the status of deities and are worshipped by the people.
The origin of the Kathmandu Valley itself has an interesting story. Thousands of years back when the valley was filled with water, making it a huge lake, a bodhisattva named Manjushree arrived from Tibet and saw a light in the middle of the lake emanating from a lotus. In order to get to the lotus, he used his sword to cut a gorge into one of the hills, which people believe is the southern hill named Chovar, thus allowing the water to drain out of the valley. The temple Swyambhu was built on the spot where the lotus came to rest. 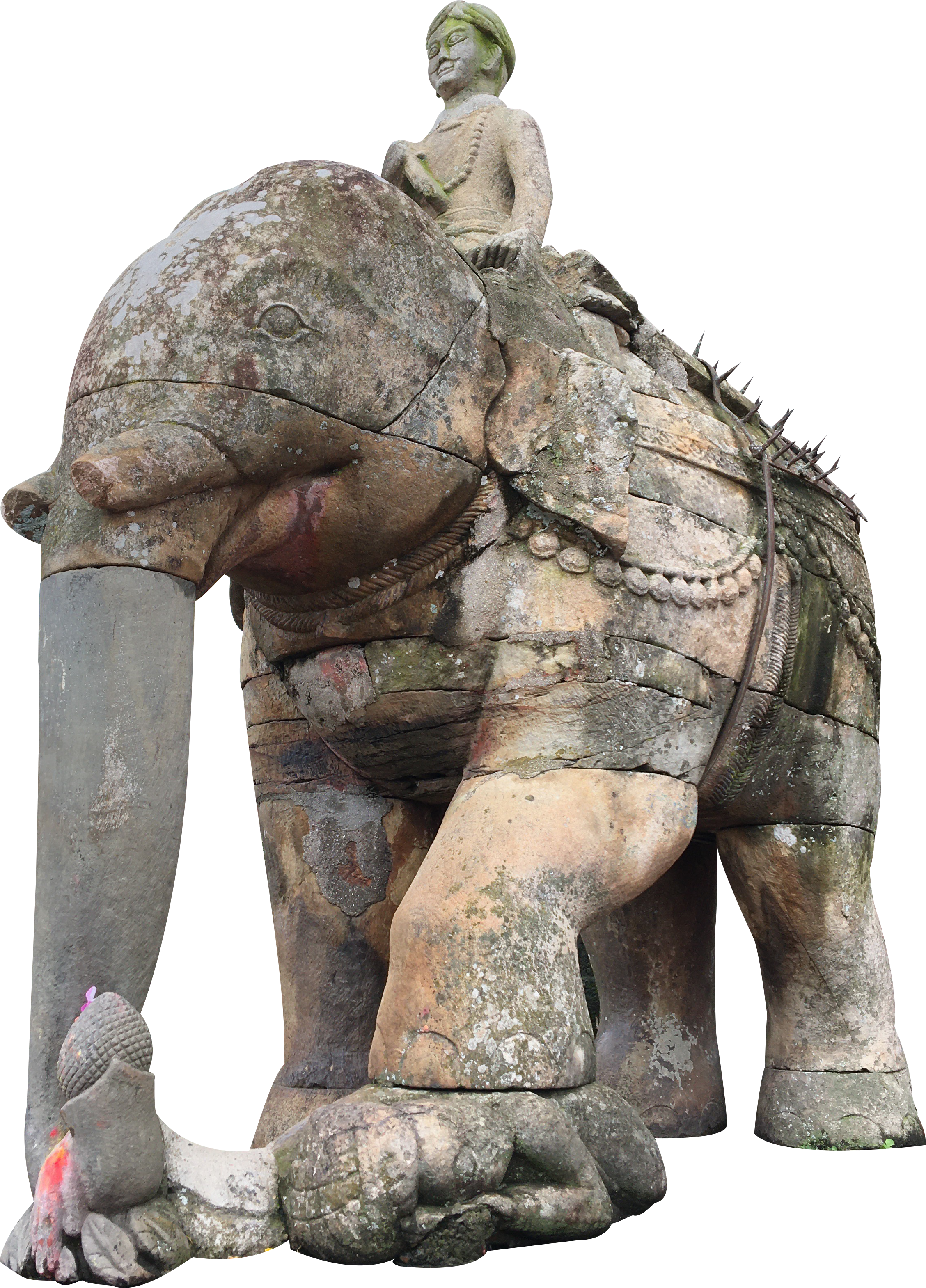 In the process, however, many water-dwelling beings lost their home. As homage to the creatures—mostly snakes—they are still represented in almost all temples, water fountains, wells, and even homes in the region. Many people still believe that the worship of snakes in houses is a mark of respect to the animal for having occupied its former home. The stories tell that one particular snake refused to leave when the lake was drained, so he was placed in Taudaha, one of the remaining lakes within the valley. That lake, whose name translates as “snake lake,” is still believed to be the snake’s home.
Many ponds and lakes within Kathmandu Valley share the symbolic representation of the snake and stories behind it. In addition, the ancient waterspouts that are ubiquitous throughout the valley have the iconography of many water animals such as the frog, crocodile, fish, and also mythical creatures.
Animals have a very close relationship with the cultural heritage of Nepal. Most temples are decorated with stone statues of elephants, lions, or mystical creatures guarding the temples and deities. In festivals, animal stories are reenacted. During Indra Jatra, one of the festivals of Kathmandu, an elephant made of bamboo mat roams anxiously. Two people are inside the structure controlling its movement, while one other guides the elephant. According the oral stories, the elephant belonged to the god Indra, who came to steal flowers on earth. When Indra was caught and tied to a pole, the elephant wandered aimlessly looking for its master. As a representation of the anxious animal, the people inside the bamboo elephant act in an uncontrollable manner during the festival.
The stories of animals are not just limited to acting as entertainment during festivals and providing the aesthetic beauty for temple decorations. The animals are themselves treated as deities. One of the very famous temples in the city of Kirtipur has a deity named Baag Bhairav, a tiger. The worship of tigers as deities of course has an associated story. In the distant past, a group of children were grazing cattle in the grassland. To entertain themselves they decided to make a tiger out of clay. To make the tiger’s tongue they went to find a leaf. However, when they came back, they saw blood in the statue’s mouth, and their cattle were nowhere to be found. From then on, people started to worship stone tigers as Bhairav. The main statue inside the temple of Kirtipur is a stone tiger covered with silver, but without a tongue. Locals tell that the original was made of clay and is still kept safe somewhere. It is forbidden to take pictures of the statue, which attracts many locals and visitors from all over the valley. 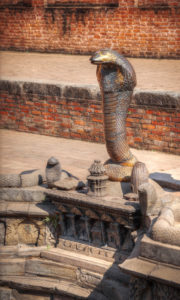 Another point of interest is that many deities used animals as vehicles to move around. So, depending on the deity, many temples are also decorated with these animal “vehicles.” Each one of these animals also has a story attached to it.
Many of the animals found in the environment also have connections and stories that are told in everyday life. Creatures that live in close harmony with humans, such as crows, dogs, cows and oxen, frogs, and more, feature in many mythical stories that are strengthened with yearly worship on specific days.
Even though many animals are not worshipped, their place in human life is clearly visible. As humans, we all love stories, and our shared spaces have stories to tell. In all traditional houses in the region, it’s possible to see many smaller holes, which have been left intentionally. These are for sparrows and pigeons, so that when we are reincarnated as these birds, we will still have homes. Though these structures are becoming increasingly less common, many people still feed birds and put out water for them in temples with the same belief.
Even though many of the stories are related to religious piety, merit, and good karma, the underlying message of these stories is that as humans we share this earth with other living beings, and that sharing is necessary for the normal functioning of the environment. While many of the characters from these stories are manifested in the form of statues in streets, narrow alleys, temples, and courtyards, many more are in the memories of people, which come out in the form of stories.