Maritime Intangible Cultural Heritage : A Role within the Decade of Ocean Science for Sustainable Development 2021–30

Cultural heritage, as defined by UNESCO, includes both diverse tangible and intangible cultural heritage (ICH).1 In the maritime realm—that is, connected to human activity at sea—tangible heritage includes physical material such as shipwrecks, artifacts, and submerged archaeological sites found under water and in the tidal zone. A term more commonly used is underwater cultural heritage (UCH), as defined in the 2001 UNESCO Convention on the Protection of the Underwater Cultural Heritage. Intangible heritage encompasses five domains where heritage is expressed and maintained through contemporary practices (“living heritage”), as defined in the 2003 UNESCO Convention for the Safeguarding of the Intangible Cultural Heritage.
In an overlapping relationship, maritime ICH conceivably incorporates UCH, as the 2003 Convention also includes “the instruments, objects, artefacts and cultural spaces associated therewith.” ICH also has a historical aspect, being “transmitted from generation to generation … constantly recreated by communities and groups in response to their environment, their interaction with nature and their history.”2 This includes built heritage on coastal land and in intertidal areas, maintained boats and ships, and heritage within museums, coastal architecture (“sea spaces”), and traditional and indigenous knowledge.3
ICH, perhaps because of its wide-ranging components, is importantly noted as compatible with requirements for sustainable development, and maritime ICH is no exception. Of the UN’s seventeen Sustainable Development Goals (SDGs), one in particular, SDG 14: Life Below Water, addresses the conservation and sustainable use of “the oceans, seas and marine resources for sustainable development.”4
In 2017, UNESCO’s Intergovernmental Oceanographic Commission (IOC) laid the foundations for the UN Decade of Ocean Science for Sustainable  Development (2021–30) (“the Decade”). Between 2018 and 2020, the Decade underwent a preparatory phase, with the implementation phase beginning in January 2021. The broadest aim of the Decade is to build scientific capacity and generate knowledge that will directly inform solutions targeting the aims of a range of SDGs, including SDG 14. The initiative promotes a common framework for supporting stakeholders in studying and assessing the health of the world’s oceans. By design, the Decade fully recognizes that there needs to be a “paradigm shift” in how ocean science is obtained, and knowledge is generated.5
The Decade has been framed around moving from the “ocean we have” to the “ocean we want” by achieving the following societal outcomes by 2030: 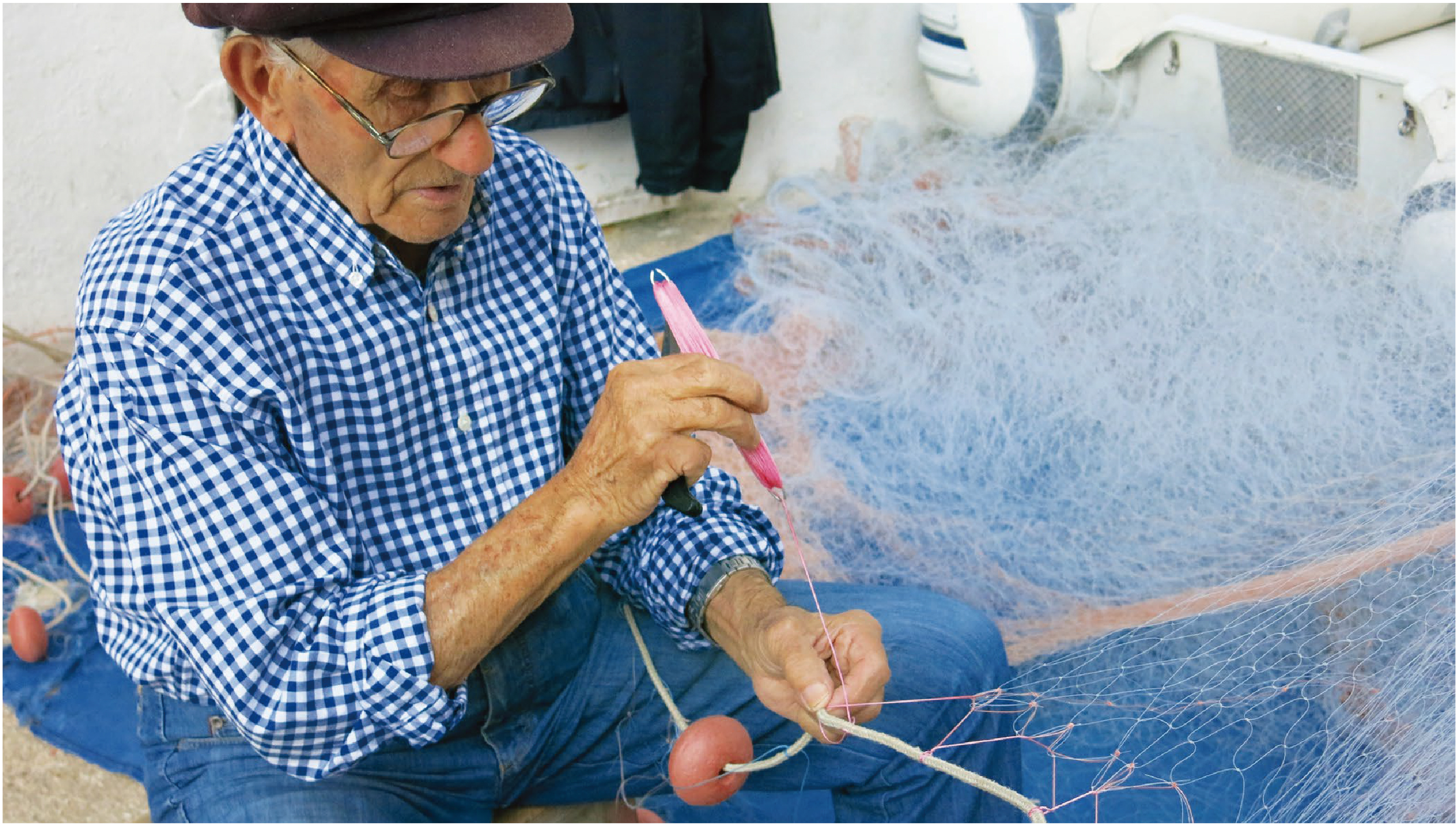 Traditional craftsmanship with an aluminium version of a navette, a tool used since the Roman period to repair fishing nets.
Here, a fisherman is using it with modern nylon line in Marina di Praia, Amalfi Coast, Italy © Athena Trakadas.

Cultural heritage has been increasingly considered within the context of the Decade. In the call for action “Our Ocean, Our Future,” launched at the first UN Ocean Conference in 2017, member states recognized that the ocean “forms an important part of our natural and cultural heritage,” and a call was made for stakeholders to “develop comprehensive strategies to raise awareness of the natural and cultural significance of the ocean.”7
Following this, the draft roadmap for the Decade—published in June 2018 and meant as stimulation for discussion—states that “‘Ocean Science’ should be interpreted broadly as encompassing: social sciences and human dimensions.”8
What these broad statements could mean for cultural heritage was clarified during the preparatory phase of the Decade, when planning meetings, stakeholder forums, and regional workshops were held to obtain feedback. Thereafter, the Implementation Plan 2.0 was published in July 2020 and ratified by the UN General Assembly in December 2020. In relation to cultural heritage, it states: “ Scene from a boat launch festival, Lompoul, Senegal Ocean science is broad: it encompasses natural and social science disciplines, local and indigenous knowledge.” There are further broad references to maritime ICH as the plan:

Furthermore, coastlines, which occupy a majority of the ICH interface, are noted as especially significant, especially in the “currently data poor regions such as … coastal areas where much of the human interaction with the ocean is concentrated.”10 Clearly, greater attention to the human dimension is essential to achieving the Decade’s aim of the “Ocean we want.” 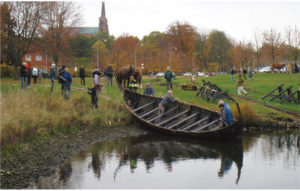 Preparing to pull a traditional clinker-built wooden boat out of the water for the winter using draft horses during a maritime heritage festival in Roskilde, Denmark. © Athena Trakadas. 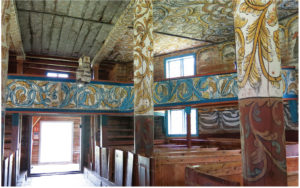 A wooden model ship hanging above the aisle in the Old Stordal Church (Rosekyrkja), Stordal, Norway, which dates to the late eighteenth century © Athena Trakadas.

In arguing for a paradigm shift in how ocean science is obtained and knowledge is generated, the Decade therefore presents an opportunity to improve the focus on the ocean’s natural and cultural heritage as well as an opportunity to highlight the intrinsic role played by intangible/indigenous/traditional culture. Maritime ICH not only can inform and contribute to this knowledge base but also assist in developing solutions for sustainable development. This topic was
addressed at the meeting “Maritime Living Heritage: Building Sustainable Livelihood and Ecosystems in the Asia-Pacific Region,” held in October 2020 and organized by ICHCAP and the UNESCO Apia Office.
One of the main points of discussion amongst cultural heritage stakeholders throughout the preparatory phase of the Decade has been to illustrate maritime cultural heritage’s role in, and large contribution to, informing the Decade’s seven societal outcomes. Stakeholders have sought to have the essential role of culture acknowledged in delivering sustainable development in our seas and oceans, noting the relevance to the Decade of UNESCO’s Thematic Indicators for Culture in the 2030 Agenda.11 The stakeholder group Ocean Decade Heritage Network,12 a partner of the Decade, proposed the following, in order to illustrate this point:

Ultimately, the Decade is a vital opportunity to improve focus on the ocean’s cultural heritage, including intangible/indigenous/traditional culture that can be safeguarded to reach a sustainable future in the face of modernization and climate change. It is also an opportunity to ensure that cultural heritage can be acknowledged as a medium for engaging the public in addressing the sustainability of our coasts, seas, and oceans. The subject of this issue of ICH Courier specifically focuses on maritime ICH and festivals—not only as a way to promote a sense of identity and continuity but also as a way to engage communities and individuals in promoting respect for and ensuring the safeguarding of knowledge and traditions. The Decade has just started, and maritime ICH will certainly play a key role in reaching a sustainable future, locally and globally.