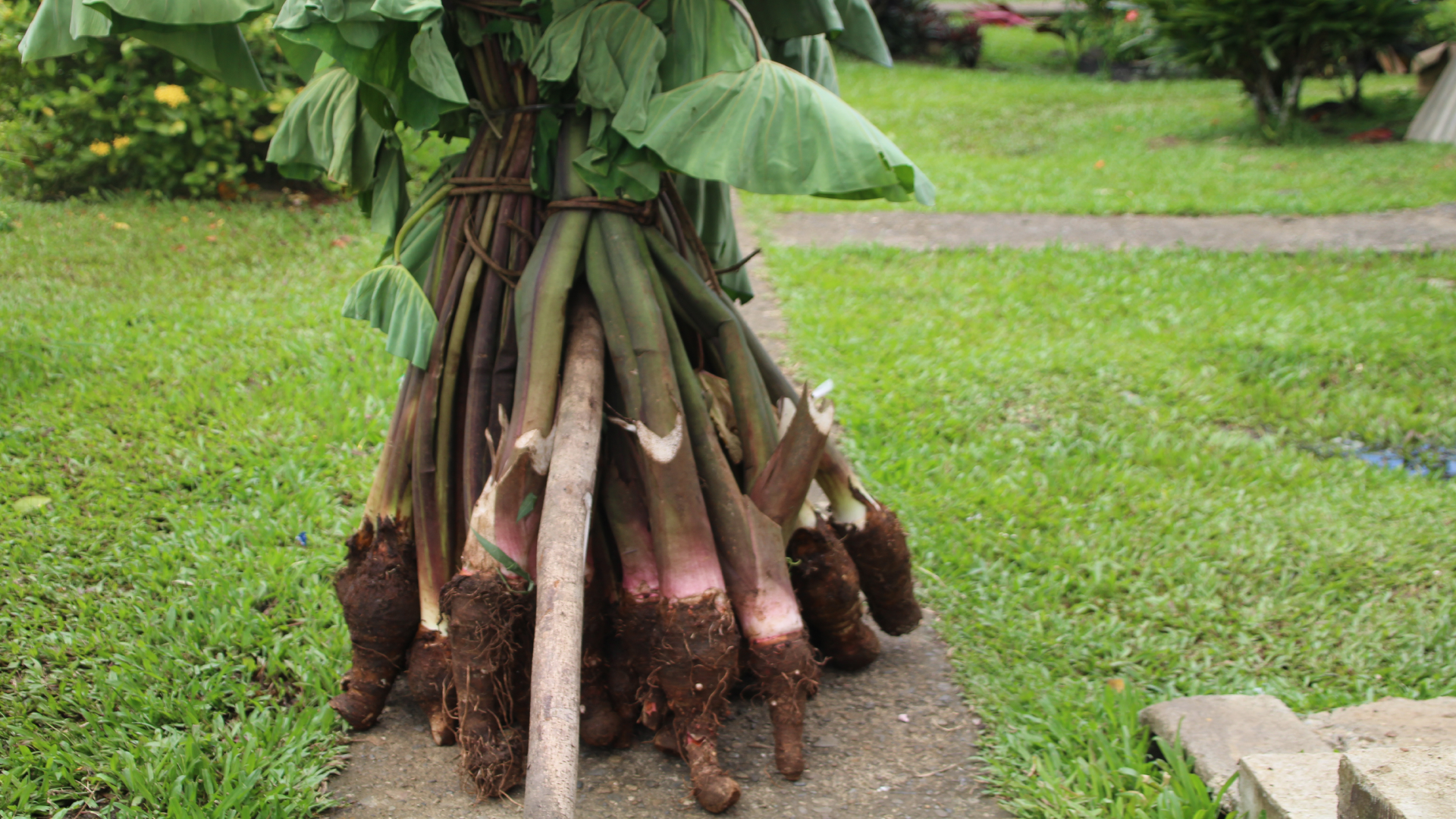 The stalks and the roots of the matured dalo root crops are believed to enhance a new mother’s lactation ability. © Gone sucu vou video documentary by iTaukei Institute of Language & Culture

The arrival of a newborn baby is cause for great joy, particularly for a newly wedded couple if it is their first child. In traditional Fijian society, when a married woman was expecting, her husband and his kin would plant uvi (yams), a root crop known as dalo (Colocasia esculenta), and stock pigs in pens. The matriarchs from both the man’s and woman’s sides would also begin weaving new mats in anticipation of the birth. In the past, marriage was a decision made carefully, based on kinship connections and traditional alliances, because the shared commonalities facilitated collaboration on both sides.
When a newly wedded woman was expecting a child, there were responsibilities borne by all in preparing items including staple foods, herbal concoctions, mats, scented body oil, and tapa cloth. There would be a lot of excitement and anticipation on both sides, and an air of friendly competition as to who could outdo the other in terms of the best and the most offerings. 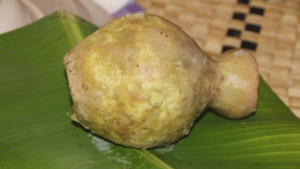 Leading up to the final trimester, an expectant mother would be relieved of certain chores that were believed to impede delivery. These mostly included strenuous activities that involved continuous standing or sitting. Senior matriarchs would also begin to monitor the diet of the expectant mother, advising of certain foods to avoid and ones to prioritize.
Prior to the construction of modern hospitals, delivery in villages was handled by traditional midwives known as vunikalou (spirit trees) or yalewa vuku (wise maidens). They were approached and on hand when labor contractions were expected. These vunikalou had diverse knowledge about herbal medicines to administer to the mother during and after pregnancy.
Elderly matriarchs would also be on hand to administer to the expectant mother’s needs, taking care of tasks like washing, cooking, and cleaning. The sleeping area would be cordoned off with a huge taunamu or wall-length tapa as traditional Fijian houses do not have separate rooms. Tradition has it that mother and newborn baby must not emerge from behind this screen until the end of the fourth night. This was due to the belief that a newborn baby was very vulnerable and sensitive, and could succumb to certain “bad airs.” This was how contagious airborne infection was understood in the indigenous mind. Males too were forbidden from entering the residence where mother and newborn were until after the fourth day, otherwise they would be dealt a traditional punishment called ore by the matriarchs. However, young men, the baby’s father and other menfolk, would intentionally violate the rules as an excuse for them to bear the burden of the “punishment.” This was their indirect way of showing their affection and pride regarding the arrival of the newborn baby. They would take a day or so to prepare their “punishment tokens,” which could be cooked fish, or dalo, fruits, vakalolo (grated starch with sweetened, caramelized coconut milk), cigarettes, and so on, for the matriarchs’ enjoyment, served in the home.
When a baby is born, it was traditionally the responsibility of the baby’s father’s kin to relay the message to the baby’s vasu or maternal kin. A whale’s tooth would be presented to relay the joyful news. 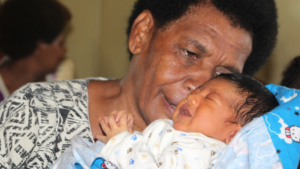 A matriarch from the village at the traditional ‘roqoroqo’ or baby shower ceremony. © Gone sucu vou video documentary by iTaukei Institute of Language & Culture

During the first four nights of the baby’s life, kin from both the mother’s and father’s sides would present raw dalo, freshly woven baby mats, oil, brooms, and tapa cloth. The dalo presentation is called drekeba (stress on the final syllable). The boiled dalo stalk was the primary meal of the new mother as it was believed it improved lactation. The mats were gifts for the matriarchs serving in the household. This occasion was called roqoroqo, meaning “to carry.” When the women arrived (no males were yet allowed in, although they still entered in their eagerness to receive their “punishment,” as described above), they sang meke and folk songs. The matriarchs serving in the house entertained the roqoroqo parties and there would be much joy. The loud noise and merrymaking was said to make the newborn begin to understand in their spiritual mind and heart that there was a large family waiting for them, ready to support in their rearing. In other words, this is the indigenous iTaukei equivalent of the saying that it takes a village to raise a child. This gathering, singing, and noise-making was the actual roqoroqo or baby shower. There was no actual carrying and kissing of the newborn baby until after the fourth night, as it was believed the baby was still spiritually and physically vulnerable to all sorts of “bad airs” and malevolence. On the fourth day, the baby’s paternal kin would prepare a feast called vakatunudra (warming the blood) for the village to enjoy.
The serving matriarchs took turns in carrying the baby as the mother recovered. The one on whom the baby’s umbilical cord fell would be the one to provide the four-night feast. This role was quietly contested as each matriarch was eager to show their affection and home network support.
When the fourth night celebration was over, the newborn baby’s paternal kin would present gifts of food and tapa to the matriarchs to acknowledge and repay them for their time and willingness. The new mother continued to be served by a single matriarch, or she could choose to go to her side of the family until the baby was a few months old.
Much has changed from the original notion of roqoroqo or baby showers. Today, babies are born in hospitals and the ceremonies, pomp, and jovial camaraderie between kinsfolk is diminishing. A version of it exists though in the modern scenes of visitation to a newborn baby’s family with modern gifts for both baby and mother. n