Namhaean Byeolsin-gut, a shamanic ritual of the South Sea area of Korea, is a village gut (shamanic ritual) held on the islands of Hansando, Saryangdo, Jukdo, and many other islands of the southern archipelago of the Korean peninsula. Hundreds of islands are densely located in the South Sea, with some smaller islands giving scenic views of the region. Behind the beautiful scenery, the majority of islanders depend upon fishing for their livelihoods. In recent years, island populations have decreased, with a particularly sharp decline among younger generations aged between twenty and forty. As a result, difficulties in the economic, social, and cultural situations of the islands have become more pronounced.
Those that have stayed on the islands have maintained a close-knit community due to the ecological and environmental conditions. They have preserved their economic, social, and cultural life while placing importance on cooperation. The village gut has traditionally been regarded as a means of emphasizing the spirit of the community. However, it is rapidly disappearing and is often regarded as no more than an annual cultural event. Indeed, the village gut would have disappeared entirely from several South Sea islands had it not been for strenuous efforts by the Namhaean Byeolsin-gut Preservation Society. 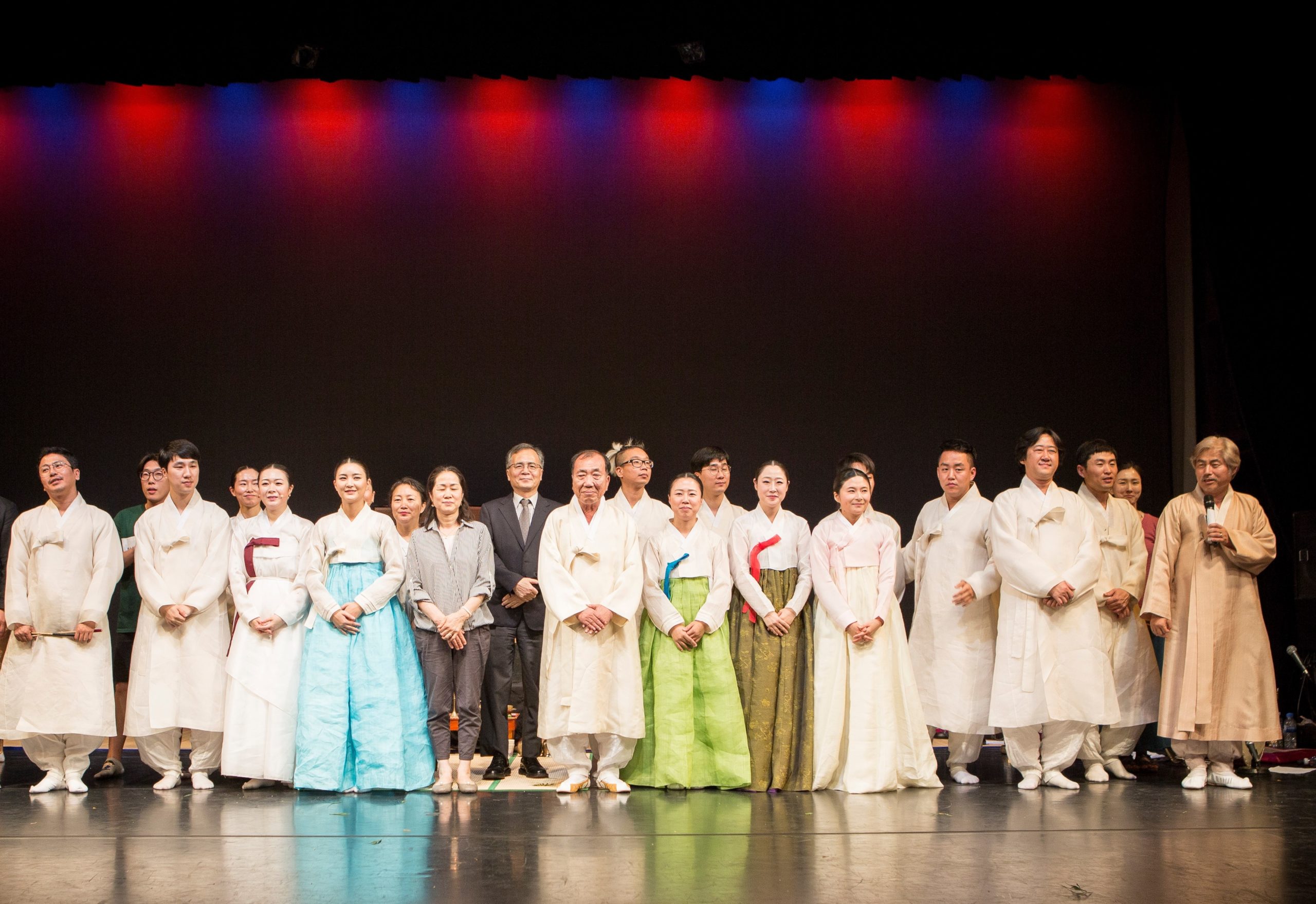 In order to protect the endangered Namhaean Byeolsin-gut, Jeong Yeongman, the last shaman of the gut, gathered its practitioners and performed it regularly outside the islands whose villagers no longer invited them. This gathering later developed into the preservation society. The Korean government moved to protect the gut by designating it as a national intangible cultural property in 1987. Gut practitioners began to be acknowledged as the holders responsible for its transmission. The preservation society, of which Jeong Yeongman is presently the leader, has twenty-one members including shamans, musicians, and dancers. When a village gut is held, they are invited to perform rituals for and with the villagers. They prepare these rituals with the spirit of reverence.
The gut is a village ceremony held between the first and full moon of the Lunar New Year to pray for good fishing and the wellbeing of villagers. The situation varies from village to village, but usually it is held every two or three years. In Saryangdo’s Neuryang village, however, they hold the gut every ten years. In 2020 the decennial ceremony was held just before the outbreak of COVID 19. Had the gut not been held that year, the Neuryang villagers would have had to wait another ten years. The reason the gut is held only every few years is due to the economic peril of the South Sea islanders. To put on the gut, the village has to raise money for the ceremony. The majority of villagers contribute time and labor as well as money, though the donation is their free choice. 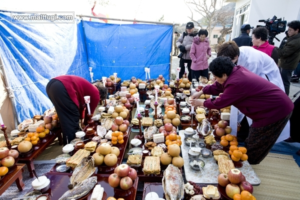 On the third and fourth day of January 2020, by the lunar calendar, Namhaean Byeolsin-gut was held in Jukdo village (it has not been held since due to COVID-19). As part of the village god ritual (dong-je), Byeolsin-gut, which has been transmitted through four hundred years, was held. On the peak days of the gut, all villagers brought offerings to the dragon god. Old village women with bent backs who looked in their seventies and eighties brought lavish offerings to the altar tables. Devoted believers and life-long gut practitioners, they showed deep piety in giving their offerings to the gods. However, they held a pessimistic perspective on the future of gut. They were overheard commenting, “I am afraid of the future of gut. Who will hold it? No one knows if I will be around next time to prepare the offerings to the sea and fish gods. Nobody knows.”

In the past, South Sea islanders used to hold Byeolsin-gut on a regular basis. It was a ceremony that instilled a sense of community among the islanders, a way of giving thanks, wishing for the avoidance of risk, and serving communal purposes. But in recent years, it has become an increasingly rare practice. There are many reasons for this, such as the spread of Christianity, population decline, and economic burden. Accordingly, the Byeolsin-gut Preservation Society has seen its role and activities diminished. In response to these changes, the preservation society has made efforts to rescue the gut as act of a community faith and to persuade islanders to continue it as a village ritual. In addition, they have introduced the gut to cities as a folk art, performing it at city festivals for the benefit of the many attendees. For older city-dwellers, watching the gut makes them nostalgic for a lost culture, which broadens the scope of the preservation society’s role and activity. 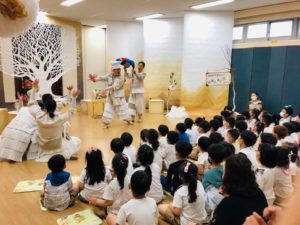 Jeong Yeongman has been working hard toward the sustainability of gut: “I worry more than anyone else about the continuity of gut. My family has kept the gut alive for four hundred years and without that it would be extinct.” Other members of the preservation society also expressed their concerns regarding the future direction of the gut: “I don’t think it’s possible to save gut in this cultural environment, even if it’s subsidized by the government. After all, what we need now is a way to overcome the negative image of gut. With the start of westernized education, people came to think of gut as an element of an anachronistic culture and considered it as negative superstition. I think if we study how to put it back in place and practice it actively, gut can live, not relying on governments and preservation policy,” said preservation society member Yi HW.
On the surface, Jukdo gut is still alive. We can see the great care and sincerity of the elderly villagers in trying to preserve the spiritual ritual of the shaman and preservation society members. However, as shaman Jeong points out, “We are still alive but barely holding our heads above water, working hard to avoid drowning.”
Fortunately, the preservation society has recently recruited younger members to practice a new direction, creating a children’s play version and educating young people about gut. In addition, they participate in various cultural events to promote the Namhaean Byeolsin-gut. From this point of view, there seems to be hope for the future of gut. However, the reality is a bit more complicated as there are still many negative connotations to the rituals. Although no one knows if or when the gut may submerge completely into the murky depths of industry-driven capitalism and urbanization in Korea, the preservation society members believe it is their responsibility to safeguard the gut heritage from total disappearance.