Practice May Change but the Foundation Remains Constant 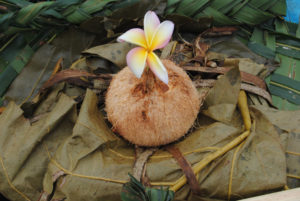 Vailolo, a drinking coconut with a flower that is presented at traditional ceremonies. © Steven Percival

Samoa is an independent nation that is homogeneous in language and ethnicity and is part of a broadly defined group of islands that make up the “many isles” of Polynesia. With a total population of just under 200,000,¹over 80% of Samoans live in rural villages where subsistence lifestyles have been transformed to varying degrees by foreign paradigms, values, and notable adverse health consequences and imported foods. The vast majority of Samoans identify with some form of Christianity and there are estimated to be at least twice as many Samoans living abroad, in countries like Australia, New Zealand, and the US, as there are in Samoa.

Despite foreign influences and globalization, the ICH of the people of Samoa remains rich and distinctive. At the foundation of the ICH of Samoa is the spoken word. It has only been in the last two centuries that Samoans have shifted from living in an oral culture to a society in which the written word has gained ascendency. The work of early missionaries to translate the Holy Bible into Samoan not only produced the scriptures in the vernacular but also created the look-to model for written Samoan that endures to this day. If the spoken word lies at the bedrock of ICH, capturing the language in a written format has helped ensure its continued use and transmission from one generation to the next, both in Samoa and throughout the Samoan diaspora.

Lauga oratory
Eloquent speeches at Samoan rituals and traditional ceremonies represent the pinnacle of cultural knowledge and serve as a primary form of collective memory. At formal occasions, such as the bestowal of a chiefly title or at a funeral, where tulafale (orator chiefs) make lauga or speeches, vying for the honor of speaking can be intense and may last for many hours. The debate is known as o le siva loa ma le fa’atau pa’ia, or the long dance and sacred encounter. This deliberation and the speeches that follow are replete with the knowledge and history of people, place, and time, reinforcing familial ties and ancestral relations while strengthening identity, heritage, and entitlement. It is this articulated knowledge that also finds expression in poetry, in song, and in dance.
But the knowledge shared at such occasions does not exist in a vacuum; it is neither static nor unchanging. Cultural expressions are a reflection of a reality that is in a constant state of flux, and while changes in ICH can be slow and imperceptible in the short term, the long view can reveal catastrophic impacts on lifestyle, language, and the representation of culture.

Practice may change but the foundation remains constant
There is an interesting proverb often invoked by orator chiefs in modern Samoa that suggests a willingness to accommodate change in the transmission of ICH: “e sui faiga ae tūmau faavae.” This means that while a practice (faiga) or the modus operandi manifesting an aspect of Samoan culture may change, the foundation (faavae) or underlying purpose of that practice remains the same. And so we see that where a whole pig (sua tali sua) may once have been ceremoniously presented along with other food offerings and finely woven mats according to custom, we now observe an envelope containing money that is referred to by the orator chief as the sua tali sua. Similarly, it is not uncommon to see a bottle of wine or a soft drink replace the young, fresh coconut that is offered as the vailolo, a beverage presented at ceremonial occasions. Moreover, when a coconut is used in this ritual in modern Samoa, it is corked with a rolled-up bill where a flower may once have been used. The question modern Samoans may do well to explore is whether these changes are impinging on the foundational purposes of the practices. If the desire to express the cardinal virtue of respect (faaaloalo) gives rise to the practice of presenting a sweet, young coconut at ceremonial occasions, does the inebriating effect of wine or the high sugar content in soft drinks still reflect this virtue? Has convenience substituted the effort previously demanded by traditional offerings? 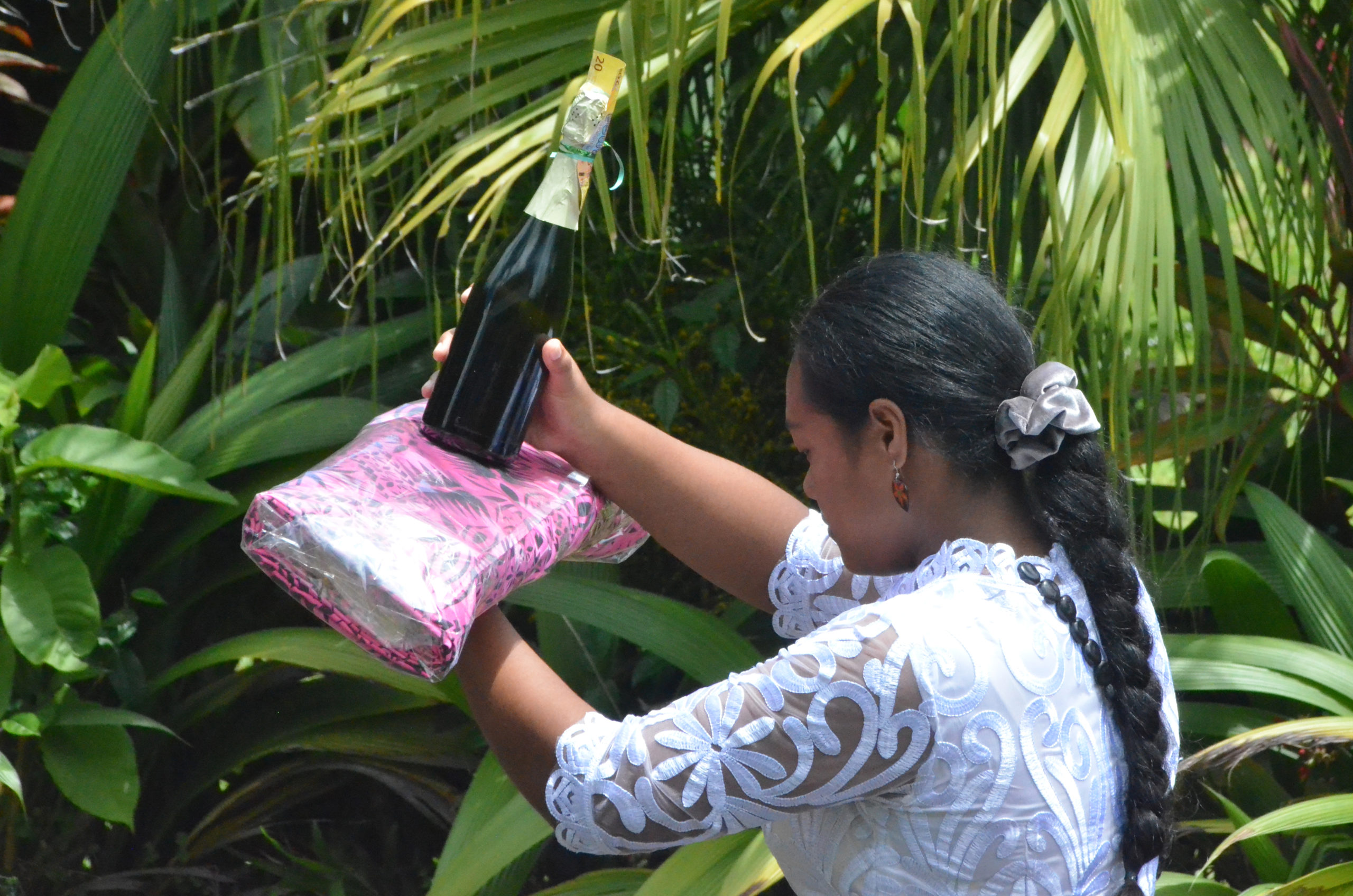 A bottle of red wine is presented as a substitute for vailolo, the young coconut that had a flower inserted in it. Note the $20.00 bill attached to the top of the bottle. © Steven Percival

Tagi le fagogo, the telling of educative fables, was once widely practiced in pre-contact Samoa. Along with ceremonial oratory, the importance of remembered realities was exemplified by the regular telling of these fables. Losing this once highly valued and morally imperative space for storytelling and quality intergenerational dialogue, has greatly diminished the array of ICH known to Samoans today. These fables are no longer told at nightfall, with that time now spent watching television or listening to the radio. While these new technologies can and do convey ICH, the intimacy is no longer present in the transmission.
The ability to retain significant features of ancient Samoan culture while navigating the modern world, where the likes of Facebook reign paramount in social dialogue, is an evolutionary process. While the cultural landscape of Samoa and the pathways to its destiny remain in the hands of its people, it is hoped that what makes the Samoan culture different, rich, and distinguished will evolve in a progressive and dignified manner and in a unified and diverse world of humanity.