The Journey Towards Knotted Accessories

Knotting is, in essence, the act of tying a thread or a cord so that it does not come undone, while knot craft is the art of weaving together various shapes using threads or cords made through various methods in order to serve a certain physical or psychological purpose.
The origin of knotting can arguably be traced back to the advent of humanity itself. In primitive times, it was necessary to fashion cords and knots out of tree bark and grass for survival purposes in the context of the hunter-gatherer lifestyle; uses would have included tying or linking together hunting tools or carrying captured prey. With the advancement of humanity, however, knots surpassed their purely utilitarian purpose and evolved into craft items that are closely linked to everyday life, with the addition of various materials and crafting techniques. For example, each civilization has evolved its own knotting techniques and shapes influenced by its surrounding environment, to craft items such as belts or waist cords, baskets, and straw mats. Over time, knots have also become accessories worn for aesthetic purposes and ornamental items used to decorate the household, in addition to ritual items used in various ceremonies. In this regard, knots have surpassed their original survival and everyday life purposes to take on aesthetic and spiritual functions as well. 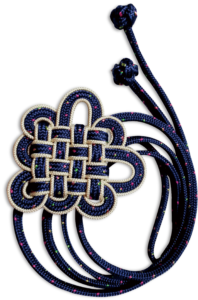 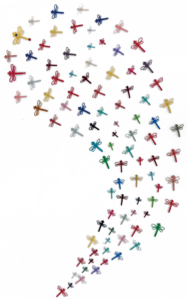 The origin and history of knots in Korea (or maedeup in the local language) unfolded in much the same way as the above process, while demonstrating a unique aspect in terms of the crafting methods and usage. Korean traditional knots are crafted by dyeing threads into a cord, then weaving such cords into knots of various shapes, with each stage in the process entailing dozens of refining steps. Knots were used for a wide variety of purposes in Korea, particularly during the Joseon era, when they were essential across myriad areas of life. For example, there were knots used for clothing, such as waist and pouch cords; ornamental knots such as norigae (a decorative pendant with tassels) and seonchu maedeup (an ornamental tassel attached to a fan handle); decorative knots for everyday items, such as bangjang geori (a tassel hung from window blinds) and hwaetdae geori (a tassel hung from a traditional clothes hanger); and knots used in religious rituals such as sangyeo yuso (a tassel hung from a funeral bier) and ilrowangbeon yuso (a tassel hung from the flag of Inrowang Bosal, the Bodhisattva Guide of Souls). These varied purposes demonstrate the close connection between knots and the lives of our ancestors.
However, the usage of knots declined rapidly during the process of industrialization since the advent of the modern era. As such, artisans who once crafted knots for their livelihoods gradually began to abandon the art, resulting in the inevitable end of their lineage with little prospect of continuation. Fortunately, through sincere efforts and desire to safeguard Korean heritage, knotting has been recognized as a valuable cultural heritage element and transmitted accordingly. Today, knotting practitioners are dedicated to passing on knotting techniques while utilizing them for their intended purposes.
We believe that the continued transmission of knotting requires its development for craft items that can be used and enjoyed by the masses in various ways. As knotting practitioners, we are striving to expand upon the tradition of knotting by developing various materials, creating innovative designs, and pursuing collaborative efforts with designers. The knotting techniques passed down by our ancestors through the ages and the delicate sensibilities of knotting as an art are now being utilized for trendy knot-based ornaments in the present day, which is testament to the evolution of knot craft in line with the characteristics of the times. The journey of the craft through the medium of knot-based ornaments will continue into the future.
The techniques and subtleties of Korean traditional knotting have withstood the test of time to be able to stand proudly alongside any famous global artisan brand as a unique asset of Korean culture, which thereby deserves multifaceted efforts and research by master knotting practitioners. As a knotting practitioner myself, I will also treat this vocation as my calling and dedicate myself to the transmission of knotting and related educational activities without losing focus on the roots and founding spirit of the tradition, while expressing my heartfelt hope that the traditional knot-based accessories of Korea will step into the limelight on the global stage. n 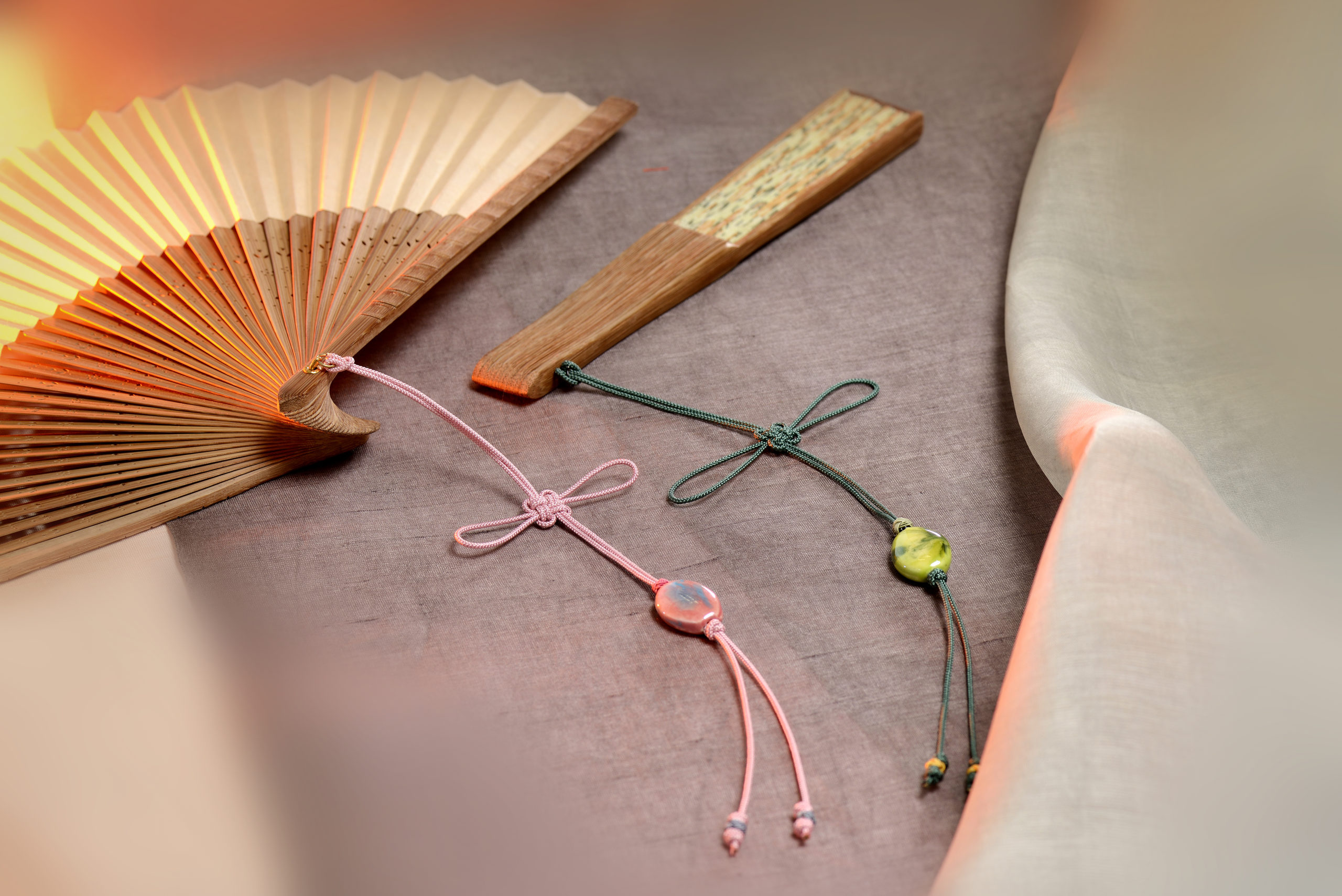