Transformational Sites of Conscience: Heritage Sites as Catalysts for Action

In calling for memory values to be considered anew in the escalating public debate on the World Heritage Convention’s definition of outstanding universal values, Francesco Bandarin, former director of the UNESCO World Heritage Centre, speaking as part of the Our World Heritage initiative, recently reminded his audience, “Heritage is not just beauty.” Indeed, it is so much more.
Heritage sites at their best are truth-tellers. They are connectors of past to present and of individuals to our shared humanity; they can even be catalysts for action. They come alive through the power of the stories they hold, but their stories do not necessarily unfold organically or fully, especially those that are complex, contested, or divisive, as most historic narratives are. Further, and critically, these stories unfold in their fullness only over time, often over generations. The power in the stories of heritage sites must be acknowledged by those who are in the position to share them; it should be wielded with care and alacrity, leaving room for visitors and local communities to explore the truths—often multiple truths—they contain, room for reflection and new understandings of the past. This exploration is ideally just the beginning, not the end goal for heritage sites; the end goal is transformation. By broadening the interpretive lens to ensure inclusivity—a plurality of perspectives, including those of marginalized and traditionally excluded voices—heritage sites can create new platforms for communities not only to see their own stories reflected and valued but also to see the stories of others with new compassion and new appreciation in the service of shaping a more just, equitable future.
As Executive Director of the International Coalition of Sites of Conscience (the only global network of historic sites, museums, and memory initiatives that connect past struggles for human rights and social justice to their contemporary legacies), I see every day the impact that heritage sites and museums can have when they embrace their role in moving society from memory to truth to justice. Twenty years into our work, the Coalition comprises over three hundred members in seventy countries. Our members explore a range of histories—from sites in West Africa, such as Maison des Esclaves, that share stories of the transatlantic slave trade and its connection to contemporary racial injustice and modern-day slavery, to Ellis Island in the United States and Le Bois du Cazier in Belgium that use stories of historic immigration and labor exploitation to advocate for the rights of migrants, refugees, and laborers today. No matter their context or focus, all sites of conscience are united by the core belief that history has lessons to share and that the past can be a catalyst for transformation, inspiring people today to take action to create more inclusive, peaceful futures. We also see, however, that the lessons of history are not easily told, especially those that are painful or contested. When the lessons of the past are not har- nessed with intent and community support in the service of building just societies, they can reinforce revisionist narratives, suppress free speech and civic engagement, and, with tragic consequences, reopen old wounds rather than be a force for positive social change, for new perspectives, reconciliation, and healing. 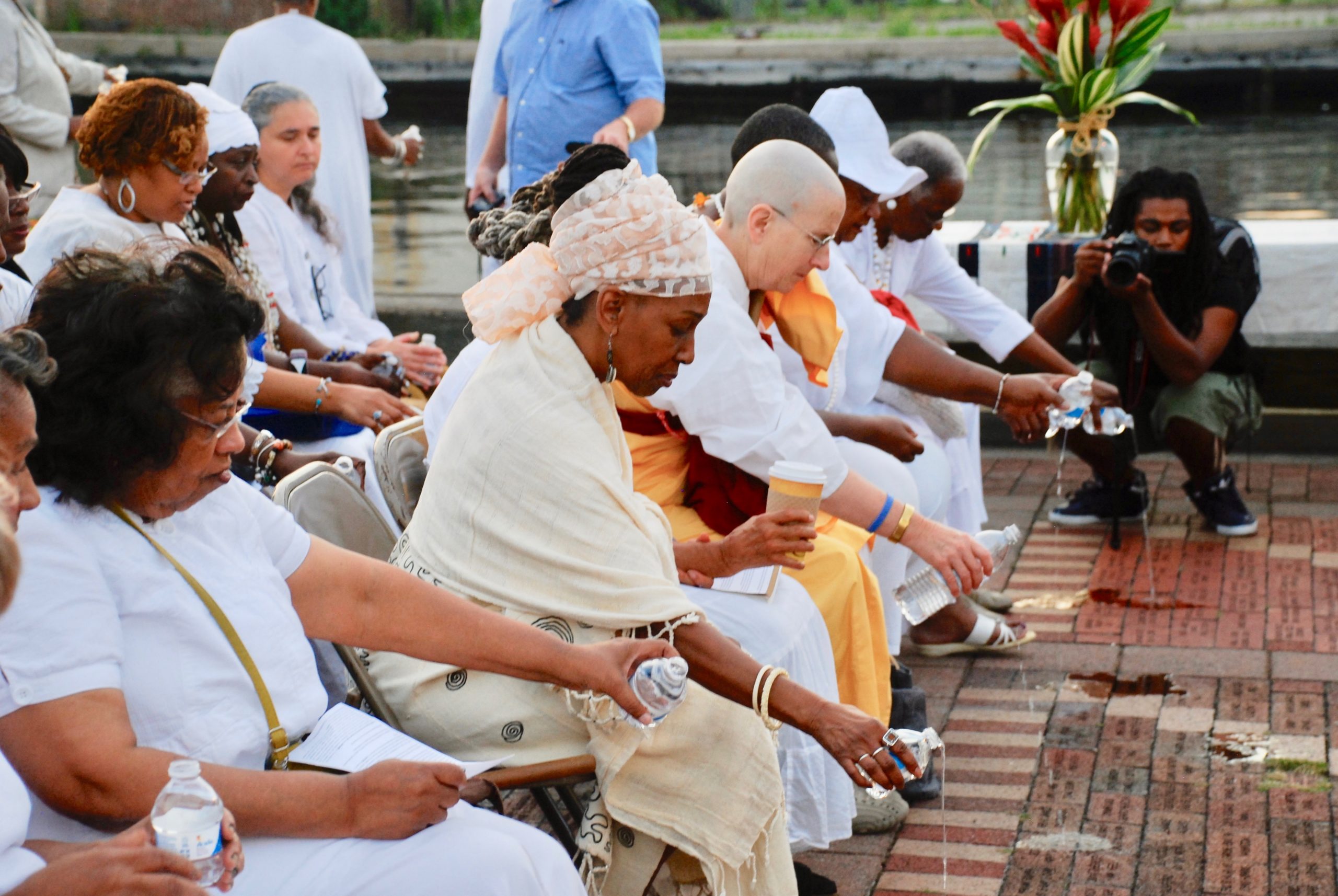 In our efforts to ensure that the past serves as a foundation for transformation rather than deepening divides, we have found the most effective programs to accomplish that goal at heritage and cultural sites. These programs are holistic, multidisciplinary, community-driven, and relevant—grounded in history, but addressing contemporary challenges. To begin such a process, we assess a site’s leadership, operations, public programs, exhibits, and interpretation, and we ask, whose voice is missing here, whose stories should be centered? Is it women? Is it indigenous community members? Where are the voices of victims of violence or oppression? Where are local community members, elders, and youth? I will highlight just a few exemplary sites of conscience—some also UNESCO World Heritage Sites—that are actively asking these questions with the goal of deepening civic engagement and fostering transformative heritage.
Thomas Jefferson’s Monticello in the United States has long presented Jefferson’s story, but only recently has begun to share the story of Sally Hemings, the enslaved woman who bore six of Jefferson’s children. The site is collaborating with Hemings’s descendants and the larger community of descendants of enslaved people to ensure their stories are not just included but centered, as is full acknowledgement of the horrors of slavery and the enduring systemic injustices that are its legacy in the United States.
The Peace School Foundation of Monte Sole, situated at the location of a 1944 Nazi massacre of over 750 civilians outside Bologna, Italy, uses its history and site for educational programs that promote a thorough examination of the societal context that made Nazism possible in Monte Sole and beyond. Monte Sole uses art, dialogue, creative performance, and storytelling to spark debate and engage visitors, particularly youth, in deep reflection on concepts such as the victim/oppressor dichotomy and how these explorations might be applied to our lives today.
The National Centre for Arts and Culture (NCAC) in the Gambia is charged with preserving, promoting, and developing Gambian arts and culture. Among their activities, NCAC manage Kunta Kinteh Island (previously known as James Island), a former transatlantic slave trade site and current UNESCO World Heritage Site. To activate this historic site with narratives and public arts programs that make explicit the connection between the legacies of the historic slave trade and contemporary economic inequities, NCAC is equipping twenty-five local youth to serve as tour guides and twenty-five others to be traditional craft-makers at the site. This initiative is intended to mitigate an urgent migration crisis among Gambian youth through skills development and job creation, ensuring that the narratives shared and visitor experiences at Kunta Kinteh Island not only link history to contemporary social challenges but also showcase Gambian arts and culture while offering economic opportunities to local community members. 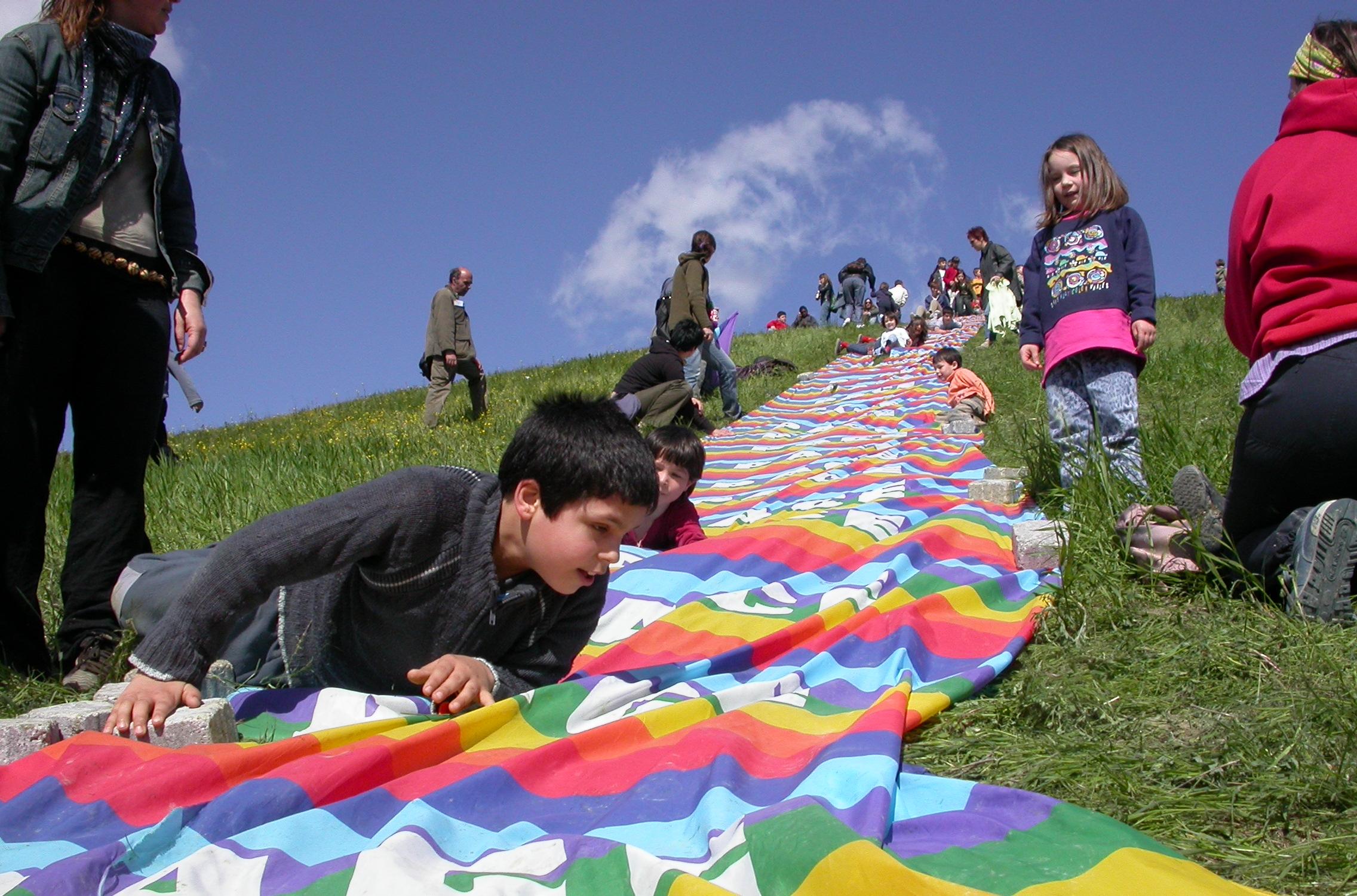 Fondazione Scuola di Pace di Monte Sole’s educational programs and youth camps in and around the mountains of Marzabotto, where over 800 people were killed by Nazi SS troops in 1944 © The International Coalition of Sites of Conscience

Over the last decade, Kdei Karuna has become one of the leading peacebuilding and reconciliation NGOs in Cambodia, through their exploration of and programming around the history of Khmer Rouge atrocities. Through participatory arts and culture programs situated at heritage sites around the country, the organization implements truth-telling, memorialization, and healing initiatives, engaging diverse stakeholders including former Khmer Rouge cadres and victims, ethnic minorities, elders, and youth. The International Coalition of Sites of Conscience recently partnered with Kdei Karuna on a series of theatrical performances to raise awareness of forced marriage and gender-based violence during the Khmer Rouge regime. As part of this programming, youth interviewed elders who had survived that era and created a theater piece from the interviews. The piece was performed at Phnom Trung Bat, a former site of detention and execution that now serves as a memorial site. This powerful project used heritage, intergenerational dialogue, and performance to shine a bright light on the consequences of forced marriage and its impact on gender norms in contemporary Cambodian society.
A final example is Villa Grimaldi in Chile, a site of detention, torture, and extermination during the Pinochet era, which today has a profound impact on visitors and local community members alike as the Villa Grimaldi Park for Peace. Survivors of the detention center as well as families of those who did not survive, find solace, healing, and transformation in actively shaping the stories that are shared there and applying the lessons learned from that past trauma to address social challenges today through partnerships with local senior schools and community groups.
The multiple perspectives reflected in and fostered by these sites of conscience are emblematic of our larger global work. There long has been, and continues to be, a strong counterforce to truth-telling efforts, one that targets not only human rights but memory itself by manipulating, discrediting, and effectively erasing histories of totalitarianism and abuse. This trend coincides with the global increase in nationalist rhetoric and extremist policies that undermine core democratic values and exclude from the public narrative the stories of marginalized groups, of victims and survivors, indigenous communities, religious and ethnic minorities. Sites of conscience recognize that if history’s darkest chapters are erased, their hard-won lessons will be lost. When historic narratives are presented with transparency and courage, however, and are confronted from multiple angles, they promote profound new connections at the individual, community, and global levels. At its core, this is a discussion about power, about who chooses what stories are told and how they are told. By selecting only stories that might be told more comfortably about a site’s history, by choosing not to reflect the full story, including contested memories, we are no longer working in the service of truth-telling; instead, we are perpetuating the inequitable power structures that led to those contested memories in the first place.
This, then, is the transformative potential of sites of memory, arts and culture—to help us see our shared humanity through the stories that are shared and to offer tangible ways to nurture and protect that sense of interconnectedness, ways that might be subtle, such as intergenerational dialogues or art-based storytelling, or less subtle, such as advocacy for reparations to victims, survivors, and descendant communities. But they are what make heritage not just relevant, but absolutely essential to a just and equitable society today and long into the future.